Why Quasar is Gaining Popularity Among The JavaScript Framework?

With the rise in popularity of mobile apps, the technology to develop them is constantly evolving. The applications are usually created with the help of JavaScript, the language of the Web. The arrival of new frameworks to work with JavaScript in the IT world is making it easier for developers to code these applications. The device responsiveness of JavaScript frameworks is of great assistance to the developer using a high-level machine language.

Out of the most popular JavaScript frameworks in use right now, Quasar ranks the highest. It uses the Model-View-View Model software architectural pattern of Vue.js to build applications with a single codebase in a flash. Its functionality has made a huge percentage of software developers shift to the Quasar framework that is still being actively developed.

What is the hype all about?

Event-driven, imperative, and functional programming styles are supported by JavaScript, which is currently used as both a client-side and a server-side programming language. Nowadays, programmers use JavaScript frameworks to manipulate the generic functions of the application and tinker with it however they desire. Hence, they are preferred by website developers to build applications with device responsive layouts so that they can adjust automatically to the screen size and orientation of the viewing device.

Quasar is an open-source JavaScript framework with which a developer can build and deploy any app on the Web, mobile, or desktop. This adaptability to multiple user interfaces at once is possible because only one authoritative source code is written for all platforms.

The Quasar CLI helps to kick start any new project in Quasar. All the developer requirements- most of their code and design already exist in Quasar; they just have to fill up the gaps however they desire. This way, the developer can save a lot of time.

With an enriching work experience from leading IT companies like IBM and Lenovo, Razvan Stoenescu created Quasar. He had felt the need for a single framework that would quicken his application building process and wrote the first source code in 2015 with the Quasar project in mind. By July 2019, the Quasar stable 1.0 was released, and two years later, in June 2021, Quasar v2 stable 2.0.0 gained ground with Vue.js 3.0 support.

What are The Unique Features Of Quasar?

Quasar has quickly made its name in the app development scene with fast-loading components and highly optimized features, especially for low-budget projects. Let's take a look at its high-end features.

One Codebase For All:

Quasar allows the developer to write one source code for all possible platforms. These are:

Quasar app development offers a component for almost all the requirements of any web development project. From simple basic components like buttons, dialogs, panels, tabs, inputs, color pickers, etc., to more advanced components like chat boxes, calendars, data tables, ribbon bars, activity timelines, and many others, Quasar offers it all.

This helps the developer to work freely without depending on third-party tools and APIs. The main emphasis of Quasar lay on performance and responsiveness, so the applications are made ready to adapt to any device or platform. It uses Vue and *.vue Single File Component system with multiple sections in the same file:

Quasar requires no configuration, and it ensures the developer uses high-end, out-of-the-box features. Some of these industry best practices are:

Many frameworks do not provide the developers with RTL support while writing their codes. But with Quasar, both the framework components and the CSS code can be transformed to RTL using an RTL language pack.

If the developer has to switch to Quasar while working on an existing project, Quasar's Unified Module Definition (UMD) protocol makes it easy. By this, all CSS, JS, and HTML tags can be added without any extra build step.

Different Themes For iOS And Android:

The Quasar Framework offers two customizable and extendable themes - material theme for Android and iOS theme for iOS devices. It also lets the developers create their own theme, though only one theme at a time can be used while building the app. A CSS reset for all themes removes quirks between platforms while still maintaining the standards of each platform. Its Stylus coding helps set default app styles and change the default code to suit the tastes of the developer.

A range of dependencies, boots, templates, and custom logic can be injected into simple or complicated libraries with the help of extensions. Web packs can be extended, and external UI components can be used to build the app from its core.

This inbuilt range eliminates maintenance overhead costs by constantly updating the unofficial starter kits to keep up with the official extension.

Some of the advantages of the app extensions of Quasar are:

What Sets Quasar Apart From The Other JavaScript Frameworks?

Quasar has quite a bit of leverage over the other JavaScript Frameworks in the market. Some of these advantages are:

The Rapid Development Of Apps:

The reusability of the source code saves a lot of time on the part of the developer. The Quasar CLI assists the developer in giving shape to their ideas in record time. With their library of out-of-the-box features, the developer only needs to focus on the code and leave the rest up to Quasar's project initialization feature.

Quasar brings home battle-tested components ready to provide absolute creative freedom to the developer when building an application. These world-class components are a major contributing factor to the high-performance Quasar tool.

Flutter is an open-source UI software development tool created by Google for building native apps on Android and iOS devices, with its stable version 1.0 released in December 2018. Quasar uses the unified software development process of Flutter to modify one app across Web, mobile, and desktop, cutting down on resources and developer inputs.

Quasar provides complete and in-depth documentation of its processes. This helps programmers to adopt it quickly and execute their tasks with ease.

The core team of Quasar has built an enriching feedback and support community over the years to help out new programmers. This keeps them on their toes about the framework's squicks and helps them continue developing it actively to serve every need of the developers.

Quasar is an open-source project that grants developers access to a wide range of platforms to support their apps. This includes Google Chrome, Firefox, Edge, Safari, Opera, iOS, Android, Windows Phone, Blackberry, Mac OS, Linux, and Windows. This helps a lot with the budget of local app developers and students who have free reins to explore the world of software with the tool.

Unit testing checks the accuracy of an isolated block of code. End-to-end testing is a type of software testing that fits the performance and functionality of an application just the way it appears to the user.

Both these Unit and End-to-End testing harnesses can be added to Quasar projects. It has a constantly evolving set of auditing tools that enhances and ensures the product quality and the security of the app that is being built so that the developer can provide the best experience for the user.

Quasar is a safe and secure platform that ensures the apps built with it are equally well protected. Any security threats are always instantly reported to the developers using Quasar to allow them to take necessary precautions. Their security guidelines and expertise offered through the Quasar Audit program help avoid any security breach.

Quasar has quickly gained traction in the software world due to its attractive package of features. Software companies are increasingly looking to Hire Quasar Framework Developers to work with them for making high-quality products under tight deadlines. More than 350 contributors are involved with Quasar as of now, but it seems to keep growing exponentially. They have got some premium sponsors like Campus Cloud services, Platform: Purple, truelogic, and Qintil, among others. Companies like Jounce, Qrstore, Whiteboard-it, Biting Bit, and Decision6 launched using Quasar themselves.

What happens when fewer resources, a single source code, and a host of web components available quickened the process of building an application? Of course, it quickly takes to the market! That is what happens with Quasar-built apps. It helps the app publishers and creators to generate more revenue.

Quasar And Other Frontend Frameworks:

There have been many other popular JavaScript frameworks before Quasar. The top-ranking frameworks among these were:

The frameworks mentioned, however, did not gain ground as quickly as Quasar did. Most of them do not offer the scope of customization that Quasar app development offers. Some of the frameworks even use a standard material design that does not appear creative or original. On the other hand, some of them have only a mobile-first approach to build the apps. In contrast, this is one of the best strategies for writing code for mobile phone interfaces, as they can be the hardest. However, it is unrealistic to assume that every developer would work this way or even want to create a mobile app.

Quasar turns out to be a heavy-duty framework tool that has taken over the software development world with a storm. It makes the developers' work much easier and faster, thus increasing their productivity and innovative skills. This free, open-source tool comes as a significant development in the web development arena.

The app extensions offered by Quasar are immensely helpful. With its excellent, new features, Quasar ensures safety for its clients and is going through constant updates to become the best of its league. At this point, only a more advanced version of Quasar can beat Quasar in its game as it is continuously evolving. In fact, judging from the way it is leading the IT world currently, it wouldn't be a stretch to say that Quasar is really going to remain the best JavaScript Framework out there for another couple of years. 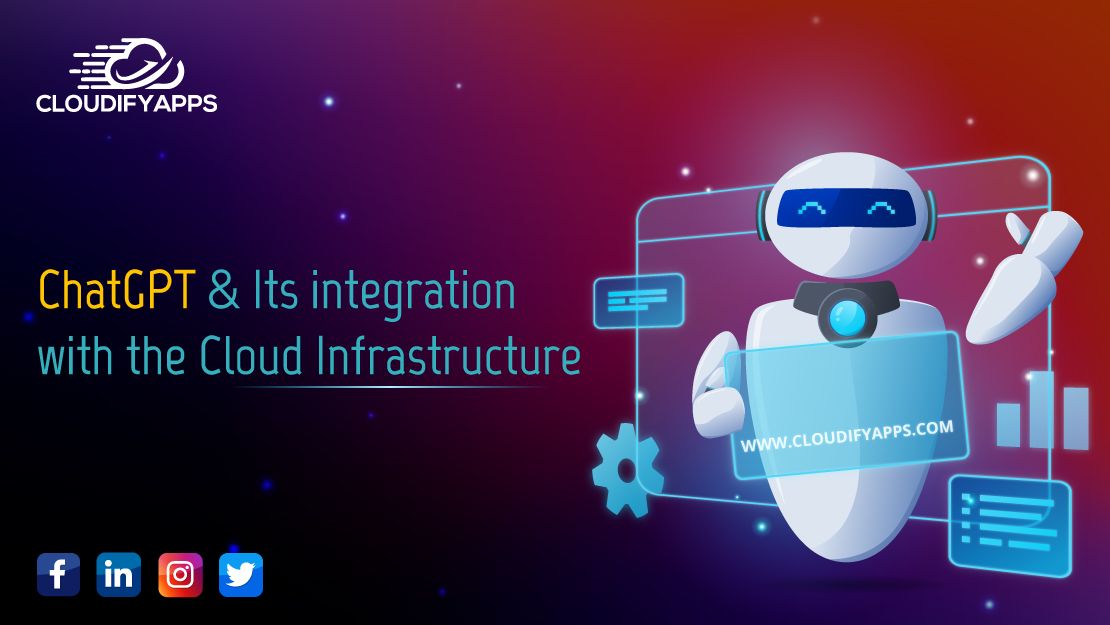 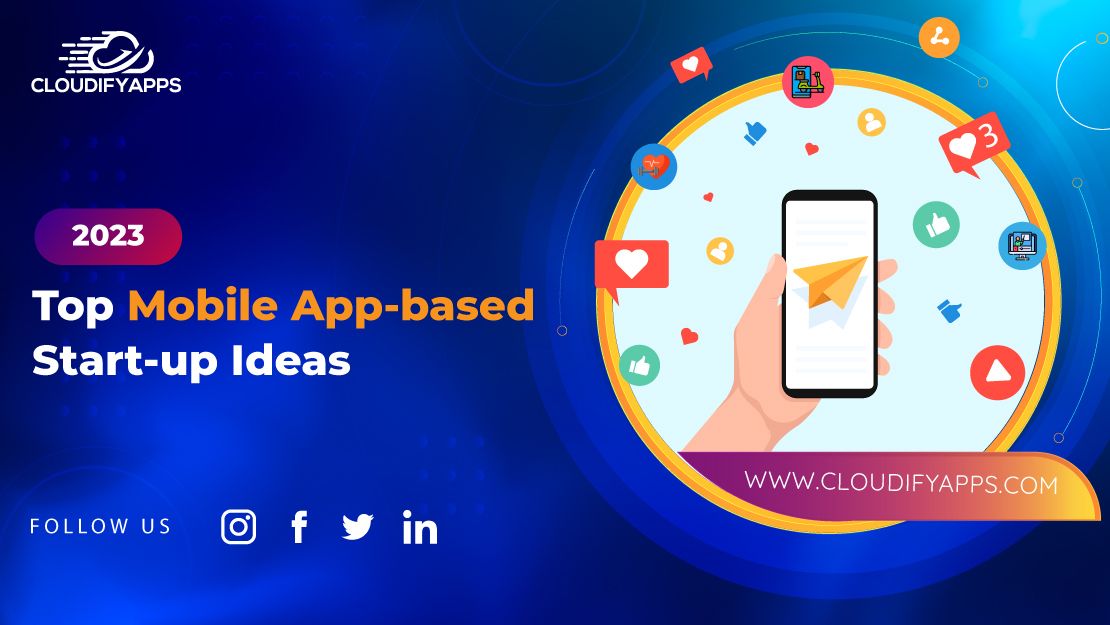