Pros And Cons Of Building Apps With Ionic

As app-building toolkits take over the software industry with a storm, it seems as if it's only a matter of time until anyone with a decent internet connection can develop their apps! Ionic app development services provide their users with a toolkit to build hybrid apps using web technologies and integrate them with popular frameworks like Angular, Vue and React.

Earlier technology entailed only native apps built from scratch every time to be accessible across different platforms with high-level performance and security. With the advent of the Ionic framework, the IT world has gone through a significant revolution. Now app development has become easier for developers besides being front-end agnostic and coming equipped with top-quality tools.

Ionic is an open-source UI SDK for cross-platform, hybrid app development. It does not require in-depth knowledge of platform-specific web development. The user only needs to know one of the popular frameworks to start building their app and CSS for styling purposes. It works on top of HTML, CSS, and JavaScript.

Ionic app development company focuses mainly on the front-end UX and UI interaction of an application, including UI controls, interactions, gestures, and animations. A simple script can also be used to build a standalone Ionic app instead of a front-end framework. It is also back-end agnostic and has connections to AWS, Azure, and Firebase.

Max Lynch, Ben Sperry, and Adam Bradley of Drifty Co. Created Ionic in 2013. Initially, the framework only supported AngularJS and Apache Cordova. In November 2013, the alpha version was released, followed by a 1.0 beta in March 2014 and 1.0 final in May 2015. A few 2.0 releases came out in 2016. However, since January 2019, Ionic 4 supports other frameworks like React, Vue.js, and web components.

The app development services of Ionic have quickly become famous for low-budget app development. With top features offered for free, Ionic is favored by development teams of small businesses, students, and amateur hobbyists. Read on to find out more about the framework in further detail.

What Are The Advantages Of Using Ionic?

Developer-friendly One Codebase For All:

Ionic claims to be the only mobile stack that allows the building of apps across all major platforms from a single codebase. This way, a web developer has to rely on what they already know. They can recycle their knowledge and not learn a new language to create the same app for a different platform. It lets companies still maintain their quality with the expertise that their developers already have.

It works seamlessly across the platform by building and deploying apps that look like native iOS, Android, desktop and appears on the web as a Progressive web app.

The user can avail application styles based on the platform it is supposed to be running on. To match the device guidelines, the components are only styled. This allows the application to look native to the platform despite being written only once. Ionic provides different modes for every platform, but global config can override these. Some variables that can be overridden by mode include Ionic's color, theme, and global variables.

Since the company is only working with one codebase, it saves up on resources, the money of the clients, and time. The documentation has only one source, so it also future-proofs the app. This is something difficult for native apps to offer.

The quick development time leaves the business with more time to market the finished app than the native apps on Android or iOS.

Ionic focuses heavily on the performance of the app on the latest mobile devices seamlessly. It works well with best web development practices that include efficient hardware accelerated transitions and touch-optimized gestures.

Native app UI guidelines are emulated by Ionic that uses native software development kits to bring the UI standards and device features of native apps together. It still retains the full power and flexibility of the open web.

The trusted Ionic app development company is constantly testing and developing the app and releasing new, Ionic-built APIs that work across platforms. Ionic offers a library of components and plugins, with front-end building blocks, UI components, familiar app icons, etc. The users can also connect with APIs like Bluetooth, GPS, and the camera with plugins instead of developing custom integrations.

With a massive gathering of people trying to use the wifi, the app may turn out to be slow and unresponsive. But with Ionic, not a chance. It provides the perfect solution for offline storage data. Critical data can be easily cached and stored on the user's phone, giving them updates whenever the connection was recovered. That meant that users could view information on the app without wifi or any cell phone services.

1. The text-to-speech plugin is especially useful for some disabled users. An entire blog post, section, or web page can be read aloud to the users if they hit "play." It makes apps more accessible and flexible so that they can reach more users.

2. The deep link plugin paves a smooth path from the Ionic-built application to other apps on the user's phone. With just a click, the user can cross-post on any other app in an utterly uninterrupted process.

3. Camera access is an essential feature of every app nowadays since everyone likes to take pictures. They would want to take photos in these apps, so the camera access tool lets users use the phone camera to take pictures and store them within the app's library, not the library of the phone.

Before Ionic 4 came out, the app developers just had to use Angular and restricted React, similar to how React Native forces users to use React. With Ionic 4, the users can use JS frameworks like React and Vue to write the code besides Angular. They can quickly move back and forth between web development and mobile app development only to go back to its smooth running.

This has already led to Ionic's immense popularity in the development community, and there will be such widespread adoption of any framework that would allow app development for free. The front-end agnostic of Ionic 4 came out at a critical time and conquered the market.

1. One of the main objectives of Ionic shifting to web components was to remove any strict requirement of a single Framework that would host the features. With just a script tag, many companies were satisfied with the standalone core components in the webpage. Large teams and equally significant apps already work well with Ionic, and now one can have a standalone library in a web page context like WordPress.

2. Angular has always been the crux of Ionic. It makes integration across various frameworks easy. The feedback from earlier released Ionic versions helps the company better itself by integrating with core Angular libraries like the Angular router.

3. Ionic now also supports the React library. React developers can use their existing skills to target releasing apps on various platforms like iOS, Android, the web, and the desktop. With Ionic using the core Ionic components to integrate, it almost feels like using native React components.

4. The popular Vue 3 library is also supported on Ionic now. It stays true to the feeling of using native Vue components.

5. Ionic is also considering supporting other frameworks in its future releases.

The Ionic Command Line interface helps to quickly move Ionic apps temporarily and suggests several Ionic commands to the users. CLI helps install and update Ionic and comes with a built-in development server, build and debugging tools, and much more. If the developer is an App flow member, they can use the CLI for cloud builds and deployments. The developer can also administer their account.

The entire lifecycle of Ionic apps can be managed by a commercial service for production apps called App flow. It is separate from the open-source framework. Developers and teams can compile native app build and deploy live code updates to Ionic apps from a centralized dashboard using App flow.

The trusted Ionic app development company has been promoted and used by bigshot brands and small businesses. It truly has something for everyone. Nationwide, Amtrak, NASA, Sworkit, Untappd, Dow Jones MarketWatch, and McDonald's, among many others, are some of the most popular brands that have used Ionic.

Ionic is a developer-centric platform that has a dedicated core team that is always looking forward to improving the reach of Ionic even further. An international community of developers and contributors guides the business processes of Ionic making it a lucrative skill so that the software companies can hire Ionic developers. Because it is open-source, the development community lends a helping hand unconditionally to overcome challenges and share revolutionary ideas to make software development more accessible.

Are There Any Disadvantages Of Using Ionic?

Although hybrid apps are gaining more popularity among software developers, they cannot solve all performance-related problems that a native app could have done quickly. For instance, building a 3D game with Ionic would be unwise as the high-speed performance of complex 3D applications would have to be compromised. It is best to opt for making a native app in such cases.

Additionally, native plugins can be difficult to integrate if there is a conflict between two plugins or a bug in one of them.

Ionic development services do not claim to be suitable for all application requirements. But it is well suited for most, and hence developers still find it immensely useful.

Debugging an application built on Ionic can be bothersome and challenging. It can often be challenging to determine where the error has occurred as Ionic keeps sending nuclear error messages.

In Ionic, it may seem like the build crashes randomly multiple times out of nowhere without any reason. This happens if something gets corrupted in the original folder. The solution is to commit often and use branches for each feature. The repository may be cloned in a new folder, and after running npm install, the app is built again in case of a break.

Since Ionic is accessed across various platforms, the developers must consider security issues of both web and native apps. It hasn't been much of a hassle in any case reported. Minor security loopholes were found in some cases. They could be fixed easily by the client's software development team. Improvements on this front will make the app more secure and safe.

To safely navigate through an app built on Ionic, the user should tread carefully as they do in the case of any other website. If there is something they would avoid doing on a website, then it is best not to do the same in an Ionic app. Hard coding secrets like API keys and passwords into JavaScript are unimaginable in a website, so this should be avoided while working with an Ionic app.

Although it appears to be packaged into a native package for the app stores, it can be easy for hackers to view the source code for the Ionic application, similar to viewing the front-end code of any website on the Internet.

Sensitive data should not be stored in the local storage that might get hacked easily. Local storage is not publicly accessible; the hacker must somehow have physical access to the device or exploit other vulnerabilities, like through XSS. Authentication services may help in resolving these issues. 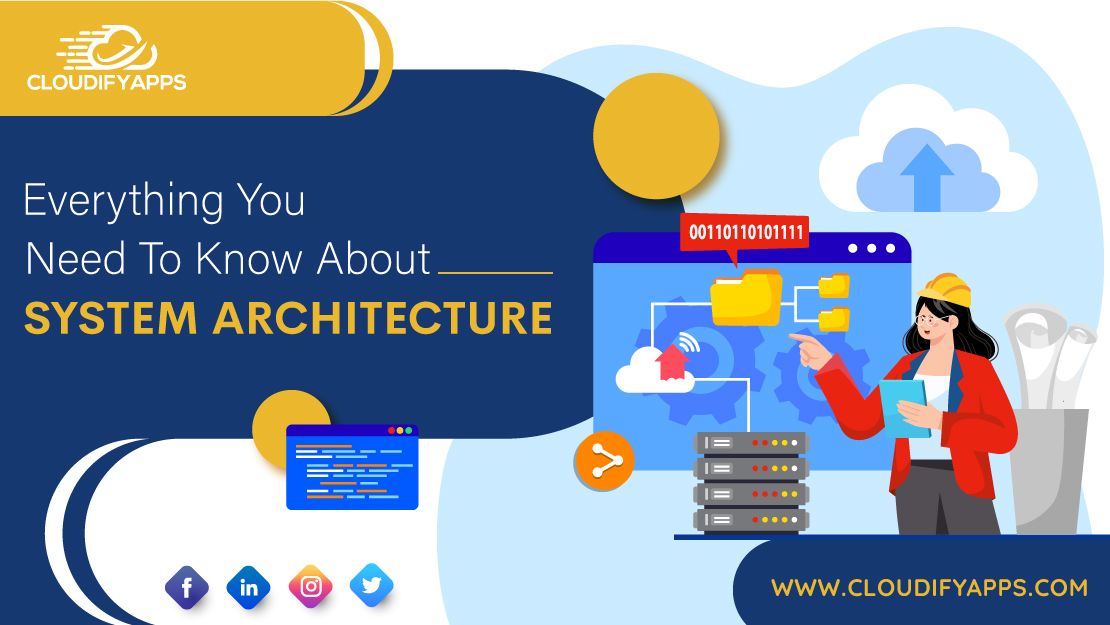